Start culturing at home! Make your own yogurt, kefir, sourdough, and more. Grab a discount when you click here

As the cold weather continues to drag on in Pennsylvania, my desire to fire up the oven and get baking seems to be getting stronger.  I am due to bake bread again, but first, I just had to try this easy molasses cookie recipe without shortening I found in an Amish cookbook I picked up recently.

Admittedly, I looked at the original recipe that called for 10 cups of flour and a cringed at the thought of trying to get a batch that large accomplished in a single day with my three young children at my apron strings…so I cut it in half.  The halved recipe is the one I’m sharing below.  Don’t worry, the half batch still produced somewhere around 3 dozen cookies.  My resident taste testers started tasting before they were all done and I lost count!

Why does this recipe use lard?

A little more than a year ago, I started using lard in my kitchen a ton.  Vegetable shortening (like Crisco) had previously gotten the boot a long while before that.  Do you know Crisco is made through a process of hydrogenating cottonseed oil or some other form of vegetable oil?  Hydrogenated and partially hydrogenated oils are forms of trans fats that are known to be linked to various health conditions including obesity and heart disease.

Not only that but have you ever gotten Crisco on your hands and tried to wash it off?  Imagine how my husband must have felt when his parents slathered his body in green colored Crisco to turn him into The Hulk for Holloween one year.  He says he was green for almost a week!

If you’ve ever worked with pure lard from pasture raised pigs, it washes off so much more readily.  Yes, lard is a saturated fat that gets a bad reputation.  However, it is a fat that has been around for hundreds of years and has been a safe choice for generations.

In case you weren’t sure what lard is; lard is simply pig fat that has been rendered and cleared of any impurities or small meat fragments.  It is pure white like Crisco and solid at room temperature but turns to liquid when warmed.

How soft is this easy molasses cookie recipe with lard?

Oh so soft and chewy!  They couldn’t be much softer or chewier.  Nearly every cookie I have ever made where I used lard as the fat has turned out softer and more chewy than the same recipe made using vegetable shortening or vegetable oil.  There is just something special about lard that provides consistently delicious results every time.

can i use all purpose einkorn wheat flour instead of whole wheat?

Yes you can!  The only suggestion I would make if deciding to use Einkorn instead of a more traditional whole wheat flour would be to either reduce the amount of lard slightly or increase the amount of flour slightly.  I’ve noticed in other recipes that when I use all purpose einkorn wheat instead of another variety, the recipe seems a bit more moist or wet.  So, go ahead and try a one for one swap or make a small adjustment as suggested and let me know how you make out!

Now that you have all of these deliciously chewy molasses cookies.  How can you enjoy devouring them other than just munching on each one right after another?  You might consider a small cookie mountain surrounded by vanilla ice cream and a drizzle of chocolate syrup like I did here.  It was a sugar bomb for sure so I wouldn’t recommend eating all of the easy molasses cookies with lard this way but you may want to try it at least once!

I might also consider using these instead of graham crackers to scoop up yogurt from my bowl as a nice switch.  How about a nice molasses cookie sandwich with a homemade frosting?  YUM!

how to make easy molasses cookie recipe with lard

Depending on the cookie sheet you use, you may need to adjust baking time. I used a stone baking tray and 10 minutes was perfect.

If you enjoy Pennsylvania Dutch Cooking, you may also enjoy the Chicken Pie in Crock Pot recipe I modified from the same Amish cookbook.

If you do a lot of baking, you surely use plenty of vanilla extract.  But have you ever considered making your own?  It’s easy and super affordable.  Learn how here: How to Make Homemade Pure Vanilla Extact

Homemaking is not for the faint of heart.  It takes a lot of joyful reminders to keep you motivated and happily engaged in all of the tasks involved in this heavy job.  Please enjoy a read of Homemaking – Create Your Own Homemade Love Story

free goodies straight to your inbox 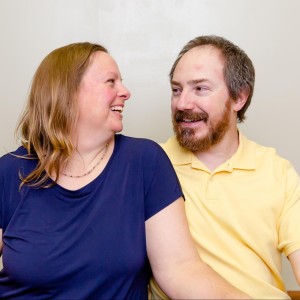 Drop your email here to get helpful and entertaining info straight to your inbox!

Some links on my site may be affiliate links which mean I could earn a small commission at no extra cost to you.

Stay up to date with all the latest

We use cookies on our website to give you the most relevant experience by remembering your preferences and repeat visits. By clicking “Accept”, you consent to the use of ALL the cookies.
Do not sell my personal information.
Cookie SettingsAccept
Manage consent

This website uses cookies to improve your experience while you navigate through the website. Out of these, the cookies that are categorized as necessary are stored on your browser as they are essential for the working of basic functionalities of the website. We also use third-party cookies that help us analyze and understand how you use this website. These cookies will be stored in your browser only with your consent. You also have the option to opt-out of these cookies. But opting out of some of these cookies may affect your browsing experience.
Necessary Always Enabled
Necessary cookies are absolutely essential for the website to function properly. These cookies ensure basic functionalities and security features of the website, anonymously.
Functional
Functional cookies help to perform certain functionalities like sharing the content of the website on social media platforms, collect feedbacks, and other third-party features.
Performance
Performance cookies are used to understand and analyze the key performance indexes of the website which helps in delivering a better user experience for the visitors.
Analytics
Analytical cookies are used to understand how visitors interact with the website. These cookies help provide information on metrics the number of visitors, bounce rate, traffic source, etc.
Advertisement
Advertisement cookies are used to provide visitors with relevant ads and marketing campaigns. These cookies track visitors across websites and collect information to provide customized ads.
Others
Other uncategorized cookies are those that are being analyzed and have not been classified into a category as yet.
SAVE & ACCEPT
Skip to Recipe